Nauru's suspended MPs say they haven't ruled out further legal action after failing in court to overturn their removal from Parliament. 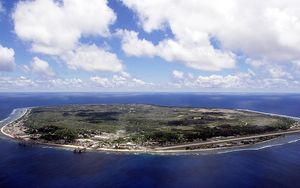 Earlier this year the five MPs were stripped of office for speaking out against the current government but they challenged the suspensions in court, arguing the constitution had been breached.

A spokesman for the MPs, Roland Kun, says they are now looking at making fresh submissions to the Supreme Court which has ruled it must respect parliament's right to regulate the conduct of its own affairs.

"All the suspended members do intend on fighting this issue and we, of course, have reservations about the future effectiveness of any parliamentarian if they should find themselves in the minority in the parliament because the government, if this current decision stands, is more than capable of excluding them from parliament."

Roland Kun says the MPs still regard themselves as elected representatives of Nauru and they plan to stand again at the next election.