A New Zealand student has conducted research in Tonga which he hopes the government will use to cut the risk of mosquito-borne disease. 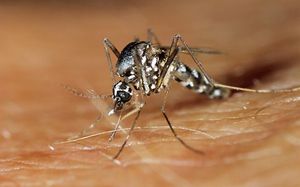 Canterbury Masters student Tom Swan found nine species of mosquito, including the Asian tiger, only the second known occurrence of the species in Tonga.

Mr Swan is now producing a pictorial key which will help the Ministry of Health identify mosquito species and the potential diseases they could carry.

He also found the public didn't realise that larvae called 'ikei-kaavai could grow into mosquito or namu which could cause illness.

Mr Swan says an education campaign around such issues is important.

"As well as educating, not only on the 'ikeikaavai and that they actually exist and turn into the namu but also habitat. Car tyres are a really, really big problem. If you've ever tried to shake out a car tyre, it's particularly difficult to get the water out and that's the water which the 'ikeikaavai use to breed in so the reduction of car tyres in Tonga is really important"