An Australian academic says his country's recently announced extra aid cuts are a massive game changer and the largest ever made, with the reduction being a third of the total aid budget over the next four years. 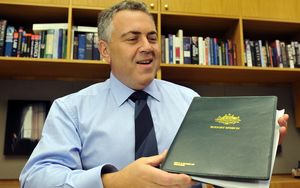 Australia's Treasurer Joe Hockey said last week in his mid year economic and fiscal outlook that foreign aid will be cut by a further 3 billion US dollars in addition to a 7 billion US dollar reduction slated in May.

The Australia National University's Director of the Development Policy Centre, Professor Stephen Howes, says because cuts have never been so big it's difficult to predict how they will fall but he thinks only Nauru and Papua New Guinea of the Pacific nations will be immune because they host detention centres.

Professor Howes says the Pacific has seen aid double over the past decade and it is a very aid dependent region and though public opinion and governments have supported foreign aid programmes over that time, this now appears to have changed.

"We've never been less generous. At the moment there's not a big public reaction to this. There wasn't to the earlier cuts. And you've got to think that emboldened the government to think 'alright we'll cut it again' and by this huge amount. And there has been very little outcry.

Professor Howes says programmes need to respond to global issues such as climate change but at the moment the outlook is very bleak.