One of the two senior executives fired from Fiji TV last week, says she was given no explanation for her sacking and is not ruling out legal action against the broadcaster. 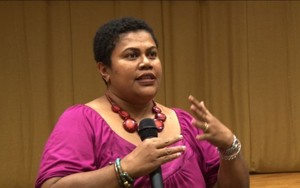 Fiji TV's chairman, Ioane Naiveli, says they were dismissed to improve the company's chances of having its licence extended.

Earlier this month, Fiji lost television coverage of the Dubai Sevens after the sport's governing body, World Rugby, objected to a government decree overriding broadcast rights that had been given to Fiji TV.

Tanya Waqanika says she's been blamed for the loss of the Dubai coverage, despite telling the government the decree would be in breach of contract.

"You know, at the end of the day we did not do the decree, World Rugby is a different international body altogether and they reserve the right not to provide the feed. We had told the government reps on the 10th of October that for us to share the feed, there was going to be a breach. So for Tevita and I -- more specifically I -- to be blamed, it's really quite pathetic."