Authorities in Samoa are reminding people it is illegal to sell turtles after a 30 year old turtle was rescued from a roadside stall.

The Ministry of Natural Resources and Environment says it's important that people understand that it is illegal to sell, catch, injure or kill turtles.

The Ministry says it's also written in law that if you witness any such activity you must report it as soon as possible.

SPREP says turtles have always been an integral part of Pacific culture but their numbers are now at their lowest level since people arrived in the islands.

It says besides being taken for food, turtles are threatened by coastal development, habitat loss, by-catch in fishing operations and climate change.

The maximum penalty for taking a turtle is more than US$2,000. 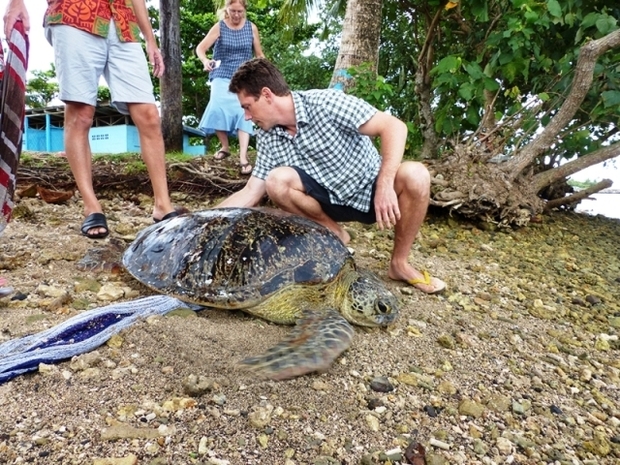 Malo the turtle heads for the water in Samoa Photo: Supplied