The Papua Presidium Council has urged Indonesia's president, Joko Widodo, to release political prisoners in Papua and revive a commission for truth and reconciliation to show his political commitment to solving the Papua issue. 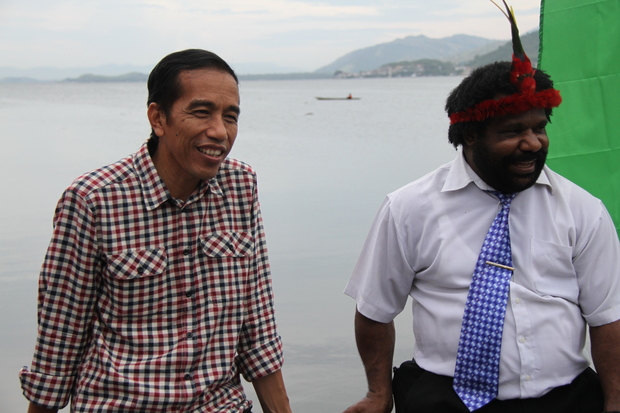 While campaigning for the presidency, Mr Widodo (L) called for a new dialogue on Papua, and for restrictions on foreign journalists and NGOs to be lifted. Photo: AFP

The Jakarta Post reports the PDP's President, Thaha Alhamid, making the call in response to Mr Widodo's plan to attend a national Christmas celebration in the provincial capital, Jayapura, where he will meet with a number of Papuan figures.

Mr Alhamed says the half-century long independence conflict in the province, which is also Indonesia's poorest, will not be solved as long as Jakarta views the Papuan people as an enemies, separatists, silly, criminal, lazy and alcoholic.

He says the President needs to revive a roadmap for a comprehensive solution to the Papua issue when he visits, which was suspended by his predecesor Susilo Bambang Yudhoyono, following strong rejection from the Indonesian military and police.