The final day of group action at the netball Nations Cup 2014 in Singapore had plenty of thrills and spills to set up a thrilling day of finals today.

Samoa continued their winning ways notching up the biggest score of the week so far 29-83 against Ireland. 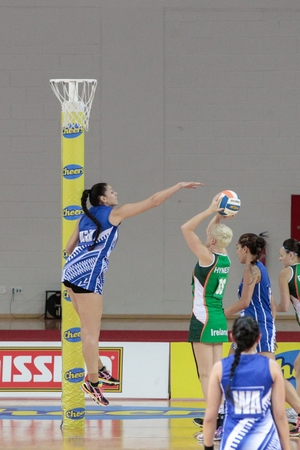 Botswana put to rest their defeat here in 2008 with a win over Papua New Guinea's Pepes to book a rematch against Malaysia tomorrow.

The final match had the crowds on the edge of their seats as Singapore got off to a shaky start against local rivals Malaysia but they came through strongly to book their place in the finals for the second year running.

Ireland will now face PNG once more and are aiming for their first victory in Singapore this year.

And Singapore will face Samoa today.