The Papua New Guinea police commissioner Geoffrey Vaki will find out today if he is to face prosecution for contempt in relation to the warrant of arrest on prime minister Peter O'Neill. 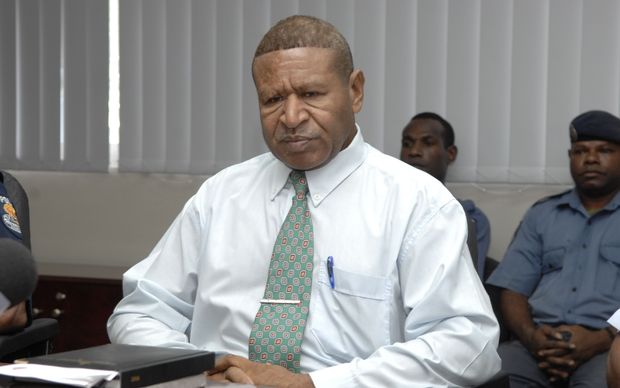 The Post Courier reports that Mr Vaki argued yesterday in the National Court before Chief Justice Sir Salamo Injia that the contempt proceeding instituted against him by the National Fraud and Anti-Corruption Directorate should be dismissed.

Chief inspector Timothy Gitua and chief superintendent Mathew Damaru of the Fraud Squad alleged that Mr Vaki had frustrated the execution of the arrest warrant issued on Mr O'Neill.

They say this was done by challenging the validity of warrant of arrest through a number of court proceedings.

They claim that Mr Vaki's refusal to allow the execution of the warrant was tantamount to contempt of court, for which he should be prosecuted as charged.