Media reports in the remote Indonesian province of Papua say five civilians have been shot dead by a joint-force of Indonesian police and military. 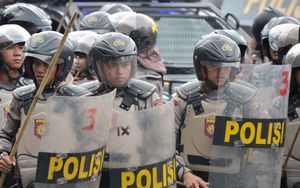 The Australian West Papua Association says the incident seems to have occurred after locals accused police of harrassing children.

The group says residents gathered in Paniai yesterday to approach police over an incident on the weekend, where police allegedly chased and beat children after an altercation.

According to reports, a joint group of military and police opened fire on the protesting civilians, killing four people instantly, and a fifth died later.

Up to 22 others were reported injured with some critical in hospital.

The AWPA's Joe Collins says December the 10th is Human Rights Day and tragically, any incident in Papua and West Papua can end in people being killed by the security forces, no matter how minor the incident is.