The Fiji Finance Minister, Aiyaz Sayed Khaiyum, has called the boycott of parliament on Monday by the opposition a cheap political stunt. 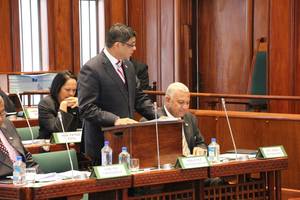 The opposition boycotted over its concerns that the Budget document is riddled with errors and could not be made law in that state.

It wanted the entire document rewritten.

But Mr Sayed-Khaiyum says the opposition betrayed the interests of ordinary Fijians by their actions.

Mr Sayed Khaiyum says the opposition's job is to ensure that the Budget is debated properly, effectively and meets relevant appropriate standards, something he says the government was looking forward to.

In the absence of the opposition the government pushed the Budget through parliament in one and a half hours.

All of this week had been reserved for Budget debate.