Mr Bainimarama says he told Mr Swire, who is the minister of state at the Foreign and Commonwealth Office, about the recent successful elections and he highlighted Fiji's growing role on the international stage.

The meeting also focussed on climate change and the prime minister asked for more British help for the worst affected countries in the Pacific, like Kiribati and Tuvalu.

Fiji's department of information says Mr Swire has promised to pursue stronger relations between the two countries, with the possibility of a high level visit in 2015. 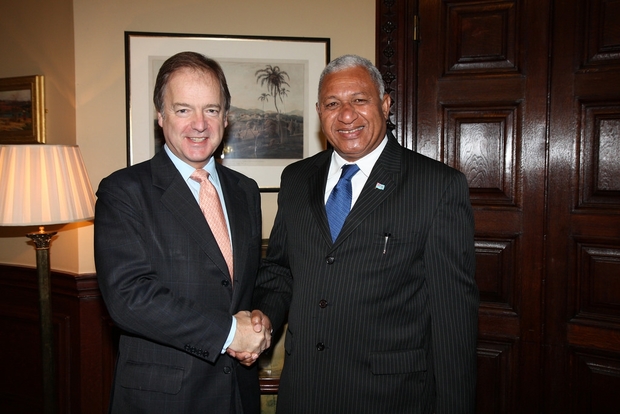