Despite losing another player to foreign dollars, Fiji sevens coach Ben Ryan says his squad is feeling settled and confident going into the defence of their Dubai title.

Ryan has retained nine of the team that won October's opening World Series leg on the Gold Coast.

Flyers Jone Qorovarua and Amenoni Nasilasilaare will make their international debuts this weekend, while veteran Nasoni Roko has been recalled.

Former captain Setefano Cakau won't be in the Gulf State after taking up a big money offer in Sri Lanka.

Ben Ryan says it's a shame to lose any player but with 12 now contracted full-time to the Fiji Rugby Union and plenty of competition for places, they're in a good place.

"It is difficult but the positives are we've got a good group of players [and] I've identified some players underneath, and I just need as much time and experience put into those boys now so they can quickly hit the road in Dubai and out of the team that went to Gold Coast, the regular starting side, only one of those - Setefano Cakau - is missing so certainly a lot of positives".

Fiji will begin their title defence with pool matches against Argentina, France and Brazil, while Samoa have been drawn alongside New Zealand, Scotland and Japan. 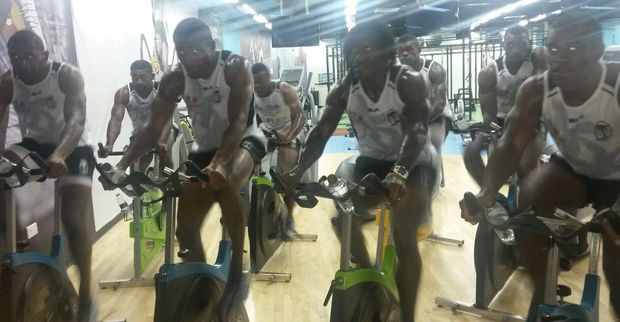