The CEO of Tonga Power says the company is well managed, and there were no issues in his absence. 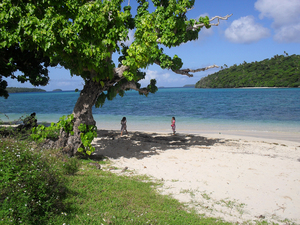 The cabinet had decided to investigate Tonga Power for financial irregularities based on an anonymous letter, which levelled several accusations against the then acting CEO Steven 'Esau.

However, cabinet decided to suspend the investigation after a large majority of the company's staff and management threatened strike action over the issue.

Tonga Power's CEO, John van Brink, says the anonymous letter's accusations ranged from questioning why the acting CEO tinted his car windows, to accusing him of travelling too much and questioning the recruitment process for two jobs.

"I investigated those and I talked to staff, and even from when I was in Auckland, before going back, I could see that these were completely false. I'm more than comfortable that the company is operating the way it should do, and is well managed, and there were no issues in my absence."

John van Brink says he'll have to wait until after the elections to see whether the issue has been fully resolved.