There are dramatic results emerging from elections in Solomon Islands as counting continues following voting on Wednesday. 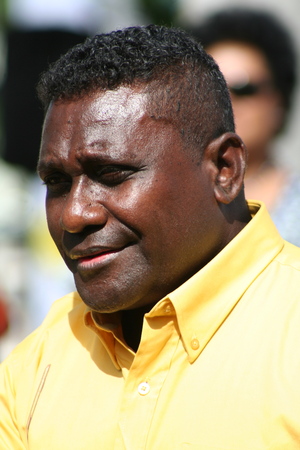 The most stunning result is that caretaker prime minister Gordon Darcy Lilo has lost his seat.

"It has been officially confirmed that the caretaker Prime Minister of Solomon Islands, Gordon Darcy Lilo, has been voted out of his Gizo/Kolombangara constituency.

He's been ousted by a young teacher, Jimson Fiau Tanangada.

The result seems to be the trend for this year's election, as official results released so far saw the end of a marathon career for North New Georgia MP, Job Dudley Tausinga, one of the longest serving in the National Parliament.

As results stand, six MPs have been officially declared by the Governor General.

Two returning MPs, and four are new. Unofficial results continue to come in from around the country and official declarations are expected throughout the day as counting continues for remaining constituencies."