A high-level meeting between the French President and Pacific Island leaders in Noumea has sparked optimism that the Pacific's fight against climate change will finally be put under the spotlight. 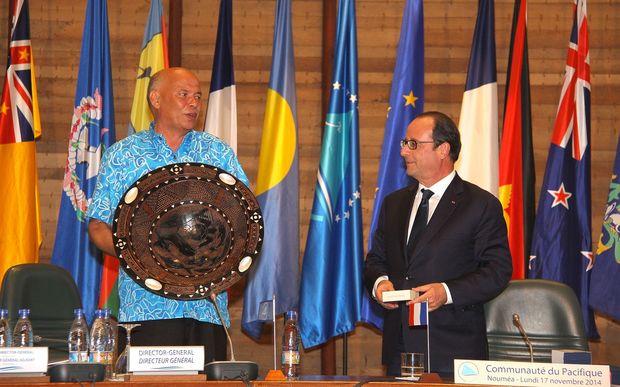 Francois Hollande pledged his commitment to put the issue on the world stage during talks held by the Secretariat of the Pacific Community at its headquarters.

France will host a key climate change summit next year, where a new, universal climate agreement is due to be signed.

The SPC's director-general, Colin Tukuitonga, says it is a boost for the region to have the strong support of France.

"France will clearly have a very important leadership role in terms of broadcasting and projecting the voice of the Pacific globally and the President and the Foreign Affairs Minister left no doubt whatsoever that they are prepared to do that on behalf of and as part of the Pacific community."