Four vaka carrying 40 Pacific representatives are on their way to Australia to make sure the region's voice is heard at a climate change congress next month.

One of the vaka's captains, Harry Godwin from the Cook Islands, says they're passing through Vanuatu this week on the way to a International Union for Conservation of Nature congress in Sydney.

Mr Godwin says they will tell the congress about the effects of climate change in the Pacific.

"The rise of sea level, we're seeing the decline in the amount of fish we have now, fishermen are going out of business because they can't catch enough fish. We rely on nice beaches, we rely on taking people out. If we lose all of this - agriculture is another one, at the moment, there is not enough people growing enough vegetables to grow for the big boom in tourism. So all these things."

Harry Godwin says he hopes to learn ways of how to best deal with the effects of climate change and take that information back to his community. 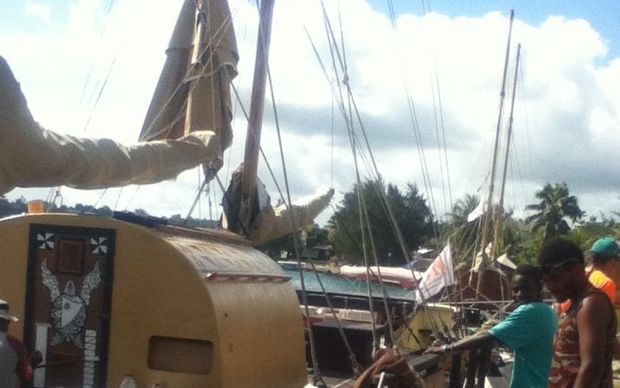