People are being told to avoid swimming at more than half of the beaches tested by the Guam Environmental Protection Agency. 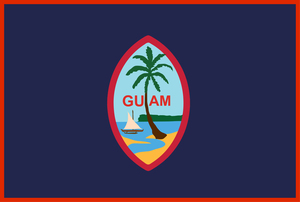 Division Administrator at the Guam EPA, Jesse Cruz, says 25 of the 44 beaches routinely tested are now under a health advisory.

The EPA says swimming, fishing and playing in the water at these beaches could lead to illness.

Mr Cruz says there are a number of illnesses that people could pick up.

"We have advisory for swimming in the water for ingestion because the enterococcus bacteria is the indicators for more harmful viruses and things like that. They usually result in minor illnesses like sore throat and diarrhoea to meningitis and encephalitis,severe gastro-enteritis."

Mr Cruz says the advisories come after a spate of bad weather which has led to run-off from the island.

The EPA says children, the elderly and people with weakened immune systems have a greater chance of getting sick when they come in contact with contaminated water.