The former Fiji military commander has declared victory in the country's landmark election in an address to party supporters in Suva.

Rear Admiral Frank Bainimarama declared he was the prime minister of all Fijians at a rally just outside the counting centre.

Nearly all votes have been counted, giving his FijiFirst Party a majority of 60 percent, which is expected to be about 33 seats in the 50-member parliament.

He thanked Fiji's military for standing by him and gave his absolute promise he would govern for the well-being of all Fijians. 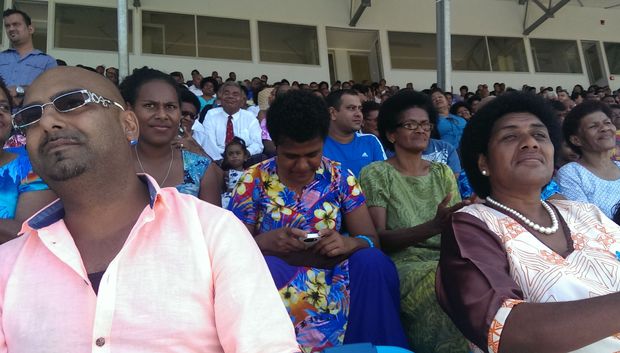