Hundreds of Fiji's soldiers, along with school children, dignitaries and politicians have attended a multi faith service in Suva to give thanks for the release of 45 UN peacekeepers.

The group were released by the Syrian militant group Jabhat al-Nusra, two weeks after they were captured in the Golan Heights.

Philippa Tolley was at the service

"Those attending filled most of the stand at one of the capital's stadiums. They heard an address by the President, Ratu Epeli Nailatikau, who said that a bond had been formed between the captors and the captives based on their common humanity. Ratu Epeli also urged the crowd to take the opportunity presented by the elections, but warned against anyone using intimidation to try to influence the outcome of the vote. Earlier the Police Commissioner acknowledged that there were some who are worried about their safety after the elections and he said his officers' prime focus was to maintain law and order. Local media have reported the military commander as saying the army is on standby in case it is needed to help with protection." 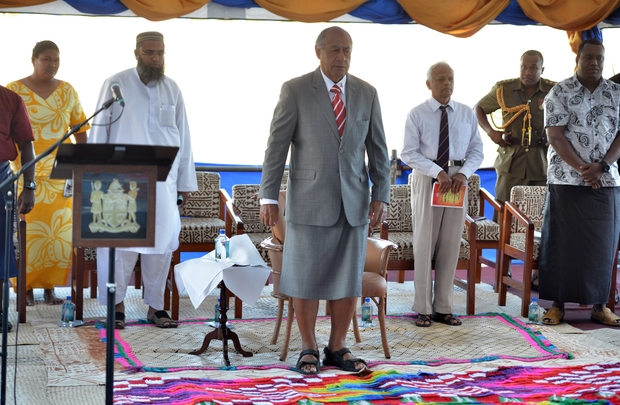