Amnesty International has called on the Indonesian government to stop attacking freedom of expression in Papua.

Two French journalists who were making a documentary on the independence movement are in custody on immigration charges.

A local leader who had met them is also being held on charges of rebellion.

Amnesty says restrictions on freedom of expression must end, and all prisoners of conscience must be immediately and unconditionally released.

A campaigner Josef Benedict says independent investigations must be carried out into any alleged wrong-doing.

"We have seen in numerous cases where incidents of human rights violations occurred in the province where investigations are not carried out by independent bodies, by the very police themselves. This in practice rarely leads to any form of prosecution and this has contributed to a culture of impunity in Papua, where the security forces can get away with many things."

The body of a senior separatist leader was also recently found - six days after he was allegedly abducted. 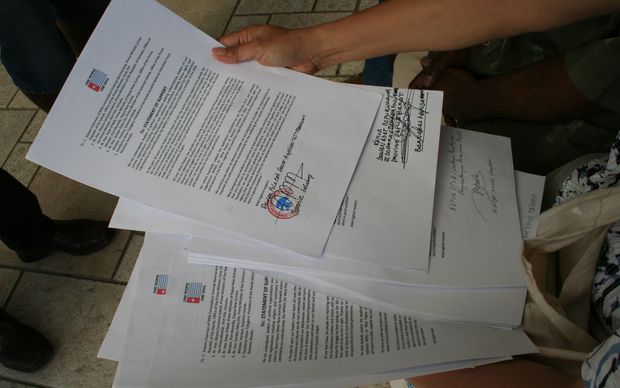 Documents of support for the West Papua National Coalition for Liberation Photo: RNZI