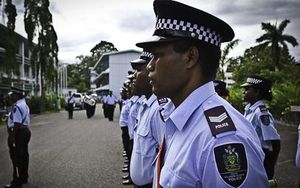 The briefing is part of the community consultation process on the project delivering limited rearmament to the RSIPF.

The limited rearmament project includes rearming of the Police Response Team, the Close Personal Protection Unit and police at the Henderson international airport.

During the meeting with the MPs, representatives of government, the RSIPF and the Regional Assistance Mission to Solomon Islands briefed the MPs on the details of the decision by the Government to undertake limited rearmament.

MPs were given the opportunity to ask questions and make comments on the project.

Community consultations, which started at the beginning of August, have included workshops with the media, women and the youth.

Meetings have been held in several communities and church groups in Honiara.

The consultation is expected to extend to Guadalcanal and other provinces