Australia's Immigration Minister Scott Morrison has ordered that no asylum seekers be sent to Manus Island in Papua New Guinea, instead directing them to Nauru. 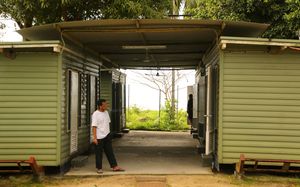 The Age reports that in changes made to the Migration Act in mid-July, Mr Morrison revoked the direction to send male asylum seekers to PNG's offshore processing centre on Manus Island.

It says the only people who are exempt from the Act are asylum seekers who are flown to Australia from PNG for medical reasons.

Service providers, who have recently returned from working on Manus Island, have told Fairfax Media the Manus Island centre appeared to be winding down.

The Manus centre's operations has faced strong criticism since an asylum seeker was killed and scores of others injured during rioting and violence in February.

It has also experienced significant delays in processing asylum seekers.

While 179 asylum seekers have been now settled on Nauru, not one asylum seeker has yet been resettled in PNG.