A new Asia Development Bank report says privatisation could be crucial to improving the performance of state-owned enterprises in the Pacific. 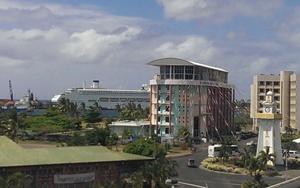 The report, Finding Balance 2014, has been launched at the Small Islands Developing States conference in Samoa.

The study shows state owned enterprises in Solomon Islands saw a 21 percent increase in the ten years to 2012 because of increased privatisation, public-private partnerships and financial restructuring.

It says in Samoa, SOE privatisation of the telecommunications and broadcasting sectors has delivered more investment, competition and improved services.

The ADB's vice-president, Stephen Groff, says most SOEs continue to be a drag on growth in island economies.

"It really depends on specific sectors, specific countries and the contexts for looking, really, at the continued need for efforts to corporatise, to bring efficiencies into these SOEs and also then looking, ultimately, at opportunities for privatisation as they are available and applicable to certain kinds of service delivery and provisions of services."