A commander with the Islamist Nusra Front says 45 Fijian peacekeepers have been detained because the UN Disengagement Observer Force is ignoring the suffering of the Syrian people. 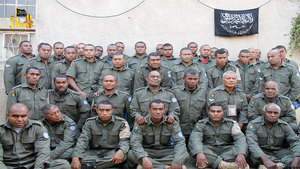 Rebels of al Qaeda-linked Nusra Front have been battling the Syrian army in the area and have wrested control of the border crossing at Quneitra, which is operated by the United Nations.

Nusra supporters on Twitter said on Sunday the group is demanding the release of Abu Mussab al-Suri, a top al Qaeda leader, in exchange for the detained Fijian peacekeepers.

Al-Suri, a Syrian national from Aleppo, was captured in Pakistan in 2005 and handed over to Syria, where he is still believed to be detained.