Fiji authorities now say that 45 of its soldiers are being held by Syrian rebels in the Golan heights, one more than has been claimed for the past three days. 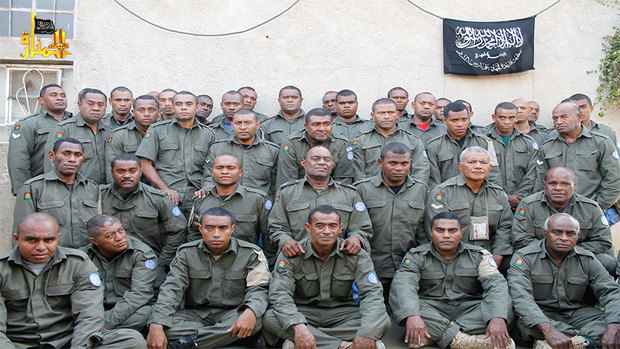 The UN peacekeepers were taken by the al-Qaeda affiliated rebel group, the al-Nusra front, during heavy fighting in Golan on Thursday.

al-Nusra on Sunday released a statement with a picture of the soldiers in uniform, as well as 45 identification cards, and said that the men were captured because of the United Nations' alleged failure to help Syrians during the three-year long civil war.