The Fiji military has set up a crisis centre for the families of 44 Fijian soldiers captured by Syrian rebels last week. 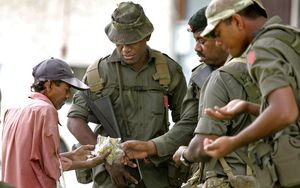 The soldiers, serving as part of a UN peacekeeping force in the Golan Heights between Syria and Israel, were detained during fighting between Syrian rebels and government forces on Thursday.

He says that in the meantime, relatives can go to the crisis centre for information and support.

"We've set up a crisis management centre where we can have all the access to support for the families. We're bringing in counsellors, we're bringing in all the resources of government, including a briefing area to continuously update the families and give them their peace of mind."