Papua New Guinea's Prime Minister has expressed disappointment in the manner in which the Ombudsman Commission has referred him to the Public Prosecutor. 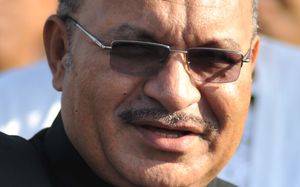 Peter O'Neill has been referred on three allegations related to his move earlier this year to direct the acquisition of a controversial 1.1 billion US dollar state loan from the Australian branch of the Swiss bank, UBS.

The Ombudsman alleges government did not follow proper processes in acquiring the loan in order to purchase shares in Oil Search Limited.

It also cites the subsequent sacking of Don Polye as Treasurer, and Mr O'Neill's media statement on the matter.

However the Prime Minister says he has not been given adequate opportunity to respond to the Ombudsman.

He describes the referral as a circumvention of the judicial process, and has dismissed it as being politically motivated.

Mr O'Neill has reiterated the importance of PNG moving quickly to buy back shares in Oil Search which he says have since increased in value by close to 200 million US dollars.