Bougainville's president says he isn't concerned about disquiet among some landowners to the province's new mining laws.

A new transitional law was passed last week to replace Papua New Guinea mining law, which formalised the province's control of its own resources as laid out in the Bougainville Peace Agreement. 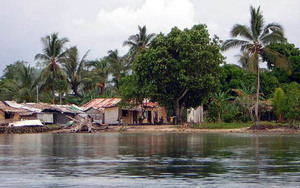 The complete mining law is expected to be passed by early next year.

John Momis says landowners will be happy once the government has explained things to them.

"We will explain, we will take measures now to embark on a massive awareness programme. Another reason why we've had to have this transitional law is to prevent foreigners who come here and go straight to the landowners. From now on, any dealing with the people must come through the ABG."

John Momis says some landowners have been misled by foreigners.