Leaders of Pacific states are holding free and frank discussions today on an island retreat in Palau.

The summit is a culmination of a series of meetings being held in the Micronesian country this week as part of the 45th Pacific Islands Leaders Forum.

Amelia Langford is in Palau and filed this report :

"The leaders will spend the day on the island of Peleliu and are expected to make some key decisions, such as appointing a replacement for current Forum Secretary-General, Tuiloma Neromi Slade.

There are five candidates in the running for the role including nominees put forward by Papua New Guinea, Solomon Islands and Fiji.

Forum leaders are also expected to discuss ways to protect the region's fisheries, which is in keeping with this year's ocean theme.

The President of Palau has urged leaders to make a commitment to developing regional partnerships, saying there is strength in numbers.

Tommy Remengesau says not only are fish stocks dwindling significantly but fish are also smaller.

He says leaders must pull their sleeves up and get to work." 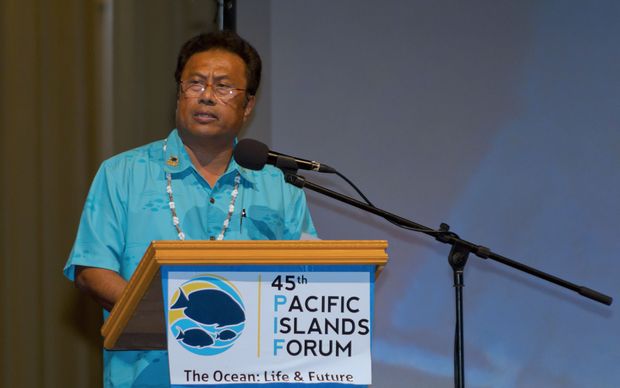