A teenage girl has died and homes have been evacuated under the threat of landslides following a day of severe weather in America Samoa.

The girl was killed when she was swept away in a stream during yesterday's heavy rains, which drenched the main island of Tutuila, and prompted a flash flood warning.

The rain caused a landslide in Gatavai village, damaging at least three homes and a church, and residents

were evacuated to a high school for temporary shelter.

Residents on the hillside of neighbouring Utulei village were also told to evacuate to the high school, as a precaution.

Emergency officials in Pago Pago say the landslide was the only major incident due to heavy rain. 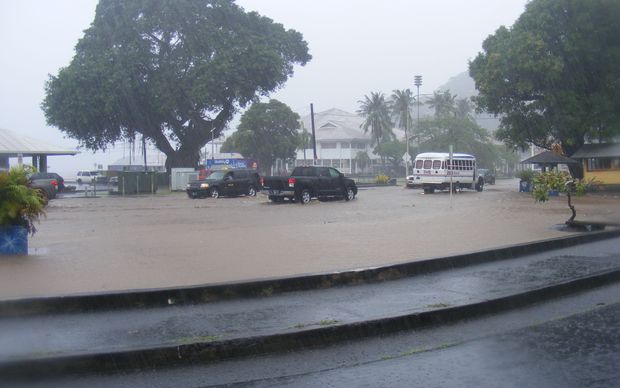 Heavy rain in American Samoa flooded a large portion of the main road in Fagatogo village, including this section in front of the Market Place. Photo: RNZI / Fili Sagapolutele