Fiji has received a fairly positive scorecard so far in progress towards elections which are free and fair. 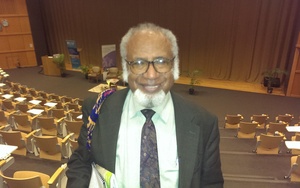 That's according to a report by the Citizens' Constitutional Forum which aims to spark discussion on the September polls.

"Fiji was judged on how its measuring up so far to internationally agreed principles for democratic elections. The report found the single national constituency was an important step forward although it says small minorities and rural communities risk lacking representation. Also scoring highly is voter registration although that mark would plunge if the voter registry is not made public. Average marks went to campaigning, freedom of expression and the media and average too for campaign financing and expenditure. The NGO says lack of transparency makes it difficult to see whether parties are playing by the rules. There was also a low score for the right to elect and be elected because of decrees or what CCF says is biased application of the law."