The biggest retail store on American Samoa's capital, Cost U Less, has been temporarily shut down by the Department of Health due to rat infestation. 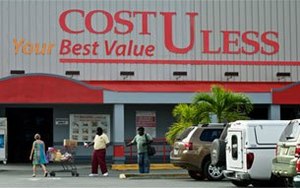 Complaints included problems with purchased products that were possibly eaten by rats.

Papalii said he understood that smaller businesses who relied on Cost U Less for food and products would be affected but the DOH could not risk having the store opened until the issue is dealt with.

He said one of their biggest concerns when health inspectors visited the store, was the food items placed on the floor which were easily accessible to rats.

Unsanitary conditions in the store's meat cutting room, were also a concern to Inspectors.

The DOH official said they've given Cost U Less a week to address the issues.