Immigration New Zealand says that negotiations are under way for citizens of Fiji to join the Recognised Seasonal Employer scheme. 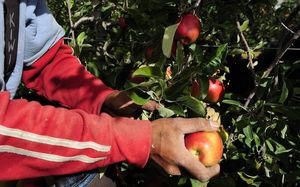 An INZ spokesperson says the negotiations are at a preliminary stage, with a number of factors yet to be worked through.

The negotiations follow the lifting of all travel sanctions against Fiji by the New Zealand Government in March this year in recognition of the progress being made in Fiji towards holding free and fair elections.

The New Zealand Government announced today that the cap on the number of RSE workers will be increased from 8000 to 9000.