Lawyers on Guam have filed for the release of a Russian cyber crime suspect Roman Seleznev who the United States brought to the island to be arrested. 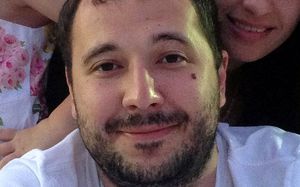 Earlier this month, Mr Seleznev was seized by American secret agents while on holiday in the Maldives, forced on to a plane and flown to Guam where he has since been detained.

The Pacific Daily News reports that a motion to discharge and release the 30-year old was filed this week on his behalf by a Guam law firm.

His lawyers argue that the manner in which Mr Seleznev was brought within the jurisdiction of Guam was illegal, and that the US has not been forthcoming about the nature of his detention.

In a court document lodged on Tuesday, federal prosecutors have responded to the motion, arguing the court only has jurisdiction to determine whether Mr Selevnez is the man named in his arrest warrant and whether the warrant is valid.

A Russian diplomat was sent to Guam last week following concerns about Mr Seleznev's condition relating to a brain injury he sustained in a 2011 terror bombing in Morocco.