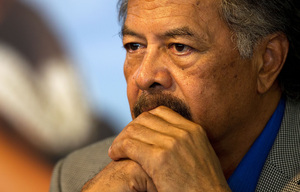 According to official results, the Cook Islands Party has won 13 out of the 24 seats in parliament while the Democratic Party has eight.

The One Cook Islands Movement has two and one seat is tied.

"In Atiu for example, allegations were of two motorbikes being given to two voters, a washing machine given to one voter. Of course we've done our homework, we've checked our facts and we're pretty sure that in some cases there might be by-elections because the election of such MPs will be deemed void."

Wilkie Rasmussen says the party will include this evidence when they petition the results.

The Cook Islands Party leader and caretaker Prime Minister Henry Puna, says he will worry about petitions and allegations when the matter goes through court.