The West Papuan political prisoners known as the Jayapura Five have been released after serving almost three years in jail.

Among the five is Forkorus Yaboisembut, the President of the organisation that calls itself the Federal Republic of West Papua. 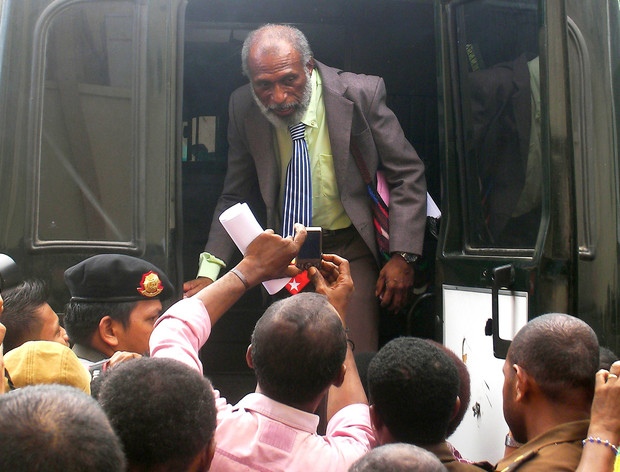 The five were arrested and imprisoned by Indonesia in October 2011 on charges of treason after the republic was declared at the third Papua People's Congress.

The organisation's Minister of Foreign Affairs, Jacob Rumbiak, says they were released in the early hours of Monday morning amid heavy security that quashed plans for a welcome back ceremony.

"Since 6am there's been heavy military around Abepura prison, they didn't allow us to welcome the leader."

Jacob Rumbiak says while the release of the five political prisoners is progress, the Papua People's Congress will continue its efforts.