United States officials have assured that a Russian cyber crime suspect detained in Guam has access to medical care.

US federal prosecutors believe the 30-year-old Russian Roman Seleznev is the mastermind behind a massive credit card hacking scam.

Roman Seleznev was seized by American secret agents while on holiday in the Maldives, forced on to a plane and flown to Guam where he was arrested. 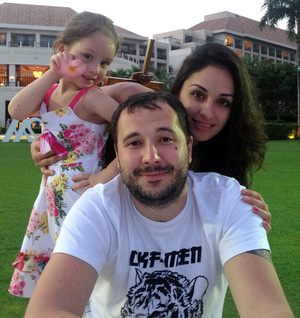 Roman Seleznev, pictured with his family, is currently being held by US authorities on Guam Photo: AFP

A Russian diplomat was sent to Guam to visit the defendant earlier this week.

This followed concerns raised by the defendant's father, the prominent Russian lawmaker Valery Seleznyov, over his son's condition relating to a brain injury sustained in a 2011 terror bombing in Morocco.

However, local media in Guam is reporting that Mr Seleznev is not being moved from jail to a hospital as Russia's government requested.

A spokesman for the US Marshals Service on Guam says they are not aware of a need for the detainee to be in hospital."