The West Papua National Committee has reported that many people in Indonesia's Papua region supported its call to boycott this week's Presidential election.

The committee, known as the KNPB, reports that approximately 80% of voters in Papua and West Papua provinces observed the boycott.

The organisation says some local residents also invited it to burn their voting papers.

The KNPB says that those who voted were mainly migrants to Papua from other parts of Indonesia. 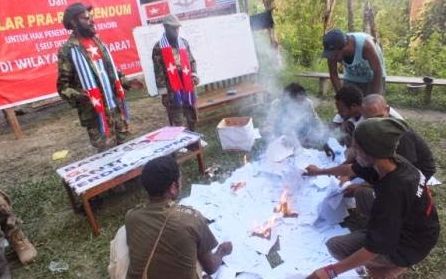 It had called for the boycott as a protest against Indonesian rule and the continued denial of West Papuans' self-determination.

The KNPB is a leading pro-independence organisation in West Papua and says it advocates a peaceful approach to ending the Indonesian occupation.