A communications analyst says the Fiji National Provident Fund can expect some good returns from its decision to increase its stake in Vodafone Fiji. 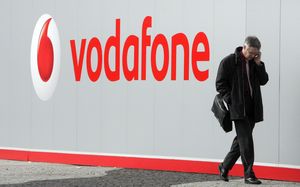 After 20 years in Fiji, Vodafone has sold its 49 percent stake to the Fund for US$87.9 million, meaning the mobile operator is now fully locally owned.

The National Provident Fund is the country's main pension scheme and now has a combined ownership of 79 percent in the mobile operator.

A South Pacific region analyst with Paul Budde Communications, says while the mobile phone market has reached its peak in Fiji, there's still room for growth for 4G and mobile Broadband products.

Stephen McNamara says telecommunications has proved a solid investment in nearly every country around the world.

"With communications relying on the mobile network and upcoming moves to 4G where people do a lot more things, yes this is a pretty good investment."