Papua New Guinea's suspended assistant police commissioner says the Acting Commissioner is a law unto himself and is abusing the legal process. 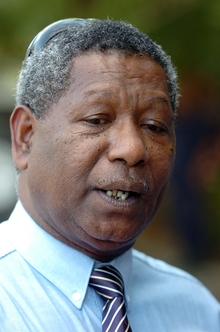 Thomas Eluh, who was the lead investigator into the high profile corruption case that implicated the Prime Minister Peter O'Neill was suspended last month for "disgraceful conduct".

Mr Eluh says his speaking out is not about power or position, as he and his sacked colleague Simon Kauba were fearless in issuing the arrest warrant for the PM, knowing full well it would probably cost them their jobs.

Mr Eluh today said the Acting Commissioner has compromised everything he stood for. He lamented the lack of other police officers or even the police union, speaking out, and said the police service has gone to the dogs.

Thomas Eluh says the country's future hangs in the balance and key figures need to respect the rule of law.