The Fiji prime minister, Frank Bainimarama, is reported to have a net worth of just over 28 thousand US dollars.

Fiji Village with Legend FM and Pacnews report this information has been revealed today in the FijiFirst Party's financial declaration which is required by the regime's decrees.

The declaration shows the party leader, Rear Admiral Bainimarama, who has held mulitple ministerial portfolios since his coup eight years ago, receives a total income of 153 thousand US dollars, plus allowances of 27 thousand. 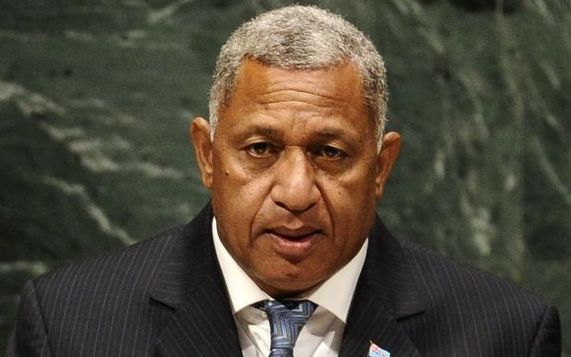 He and his wife, Mary, have declared the ownership of a car, a Hyundai Tucson, and a property in Nadi worth just over 13 thousand US dollars.

His deputy Aiyaz Sayed-Khaiyum, who is the general secretary of FijiFirst, has been paid for 101 thousand US dollars for his many portfolios.

He and his wife have declared a net worth of 69 thousand US dollars.