An arrest warrant served on the Papua New Guinea Prime Minister two weeks ago is likely to be withdrawn this week. 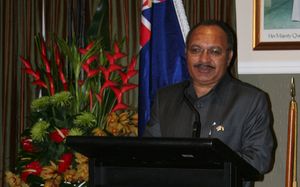 The national court on Friday granted a further stay to Peter O'Neill as he continues to try and fend off the warrant in relation to his alleged role in illegal payments to the law firm, Paraka Lawyers.

Our correspondent, Todagia Kelola says there's a good chance the warrant will be withdrawn with police lawyers now challenging earlier police actions on the arrest warrant.

He says that the Prime Minister's case has piggybacked on to court action by Paraka lawyers, with the Finance Minister James Marape a plaintiff, claiming the payments made to it were legal.