The Papua New Guinea national court on Friday granted a further stay to the prime minister, Peter O'Neill, as he continues to try and fend off an arrest warrant.

Since last Monday week ago police have been seeking to arrest Mr O'Neill with regard to multi million kina, allegedly illegal payments, to a law firm, Paraka Lawyers.

It resulted from an extensive probe by the anti-corruption unit Taskforce Sweep.

Mr O'Neill has been adamant in denying the accusation and police are still to serve the arrest warrant.

In reaction to the police moves the prime minister has suspended several key police officials, dumped his justice minister and closed down Taskforce Sweep. 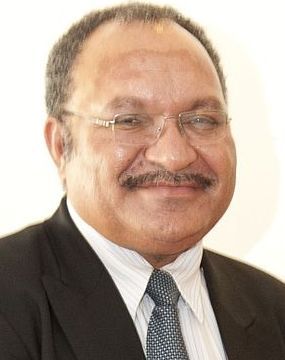 The moves have sparked public protests in Port Moresby, despite a police ban.

Our correspondent, Todagia Kelola, filed this report from the court.

"The temporary stay has been been extended till Tuesday, that's when the National Court will hand down a decision on whether that stay is set aside or that application to stay the warrant of arrest is dismissed in which the police effect the warrant."

Meanwhile, in the latest ruling the court has agreed for a stay on the arrest to remain in place until Tuesday next week.

Mr O'Neill is piggybacking on another state legal action that aims to prove that the Paraka payments are illegal - and if they are not then he would no case to answer.

That issue will not be resolved for some time but the court on Tuesday will decide whether to continue with the stay, withdraw it or require the police to drop the arrest warrant.