The Free West Papua Campaign says Dutch New Guinea veterans are angry they have been stopped from carrying the West Papuan Morning Star flag during a a march this week in The Hague.

The Netherlands celebrates National Veterans Day on Saturday and veterans will march through the city but for the first time in 10 years New Guinea veterans will not be allowed to carry the flag.

The campaign's coordinator in the Netherlands says the Dutch Veterans Day Committee is apparently responsible for banning the flag and the Government has denied any involvement. 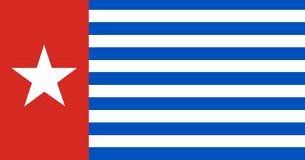 But Oridek Ap says veterans believe the Indonesian Embassy is behind the ban and they plan to protest by displaying it anyway.

"A lot of them are angry and most of them - they decide not to walk in this parade but just to stand outside with the flag."

Oridek Ap also says the protest will be a good opportunity to tell people in the Netherlands, especially the younger generation, about the West Papuan struggle for independence.