An advocacy group has condemned videos from the Australian immigration minister telling asylum seekers they will never be welcome in Australia.

The video of Scott Morrison has been shown to detainees on Manus Island in Papua New Guinea.

In it Mr Morrison says the asylum seekers have the option to return to where they came from or be held in the centre for a very long time. 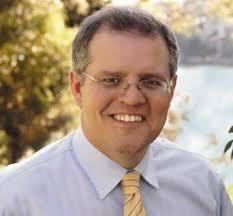 She says it is part of the Australian government's destructive refugee policies.

"We have become rich and powerful on the back of the migrants from many countries. Why are we destroying that strength and that cultural richness of the mixture of people here by these bigoted, racist policies?"

Pamela Curr says Australians are worried about the direction the Abbott government is taking.