Vanuatu Women Against Crime is calling on the government to organise an urgent forum on crime prevention.

Its president Jenny Ligo says it cannot tolerate an increase in criminal activity, including murders and rape in the capital, Port Vila.

She says it wants an urgent meeting with government leaders, chiefs, church leaders and civil society groups to discuss what can be done about the increase in crime. 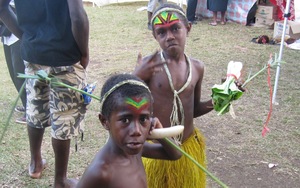 Ms Ligo says the government has failed to carry out proposals made at the National Crime Prevention Forum in 2010.

"We are calling for the government to call an urgent crime prevention forum to see where they have failed in their policies towards crime prevention. One of the recommendations that women want to see is community policing, neighbourhood watch programme."

Jenny Ligo said her organisation wants Vanuatu to have tougher laws against murder and rape cases.