A court in Papua New Guinea has adjourned until Friday hearing an application by the Prime Minister to rule out his arrest warrant. 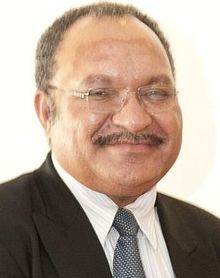 Peter O'Neill has argued the warrant is politically motivated.

After saying he was earlier cleared by the independent investigation team, Task Force Sweep, the Prime Minister was told there was fresh evidence suggesting he has a case to answer.

The police now have a new lawyer, their third in a week.

They had asked for the three weeks to instruct the new lawyer, Sam Bona, and allow the acting commissioner, Geoffrey Vaki, to review the files.

"Now the judge was a bit furious and declined to entertain that application by the police lawyer. Because the judge also stated that when the acting commissioner changed lawyers, he had gone through it and now you are saying that the commissioner needs to peruse the documents again, so this is just not good enough."

Todagia Kelola says the hearing will resume on Friday afternoon.