The chairman of Fiji's media authority MIDA, Ashwin Raj, says allegations by two academics over media freedom in the country have the potential to do irreparable damage to Fiji.

Patrick Craddock and Matthew Thompson who teach journalism at the University of the South Pacific in Suva issued a press release at the weekend speaking out about alleged government harrassment of the media and justification of torture by the military. 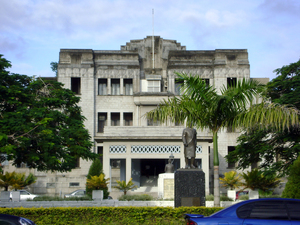 Dr Raj questioned why they didn't ascertain facts and make an official complaint to MIDA first.

"You know this is not about impinging upon academic freedom. This is sheer recklessness. No academic should make these kind of generalised statements and instil fear."

Mr Craddock says he stands by his press release and says his views do not represent those of the university.