Mr O'Neill, who is being sought in relation to a fraud investigation, has suspended a cabinet minister, senior police and the anti corruption body that had been seeking his arrest. 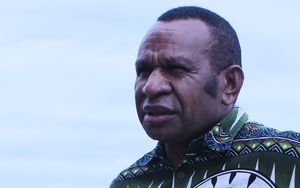 Mr Namah says Mr O'Neill's actions are disgraceful and humiliating to the people of PNG.

He says sackings of senior police officers are not proper or lawful and he has called for peaceful and orderly public dissent if the prime minister does not vacate his office and present himself to the police.

Mr Namah says the opposition had refrained from commenting up until now as it was respecting the wishes of the Police Union.