NGOs and others intended to protest against the actions of the prime minister, Peter O'Neill, over the past week. 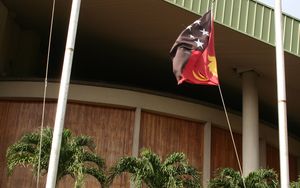 Mr O'Neill, who is being sought in relation to a fraud investigation, has suspended a cabinet minister, senior police and the anti corruption body that had been seeking his arrest.

On Monday the local police commander said the march could go ahead to relieve tension but as our correspondent Todagia Kelola reports, this was withdrawn later by Mr Vaki.

"He basically said I want to play it safe. In his experience as a senior police officer he encountered many protests that turned nasty and police were not able to contain the protests, resulting in some deaths."